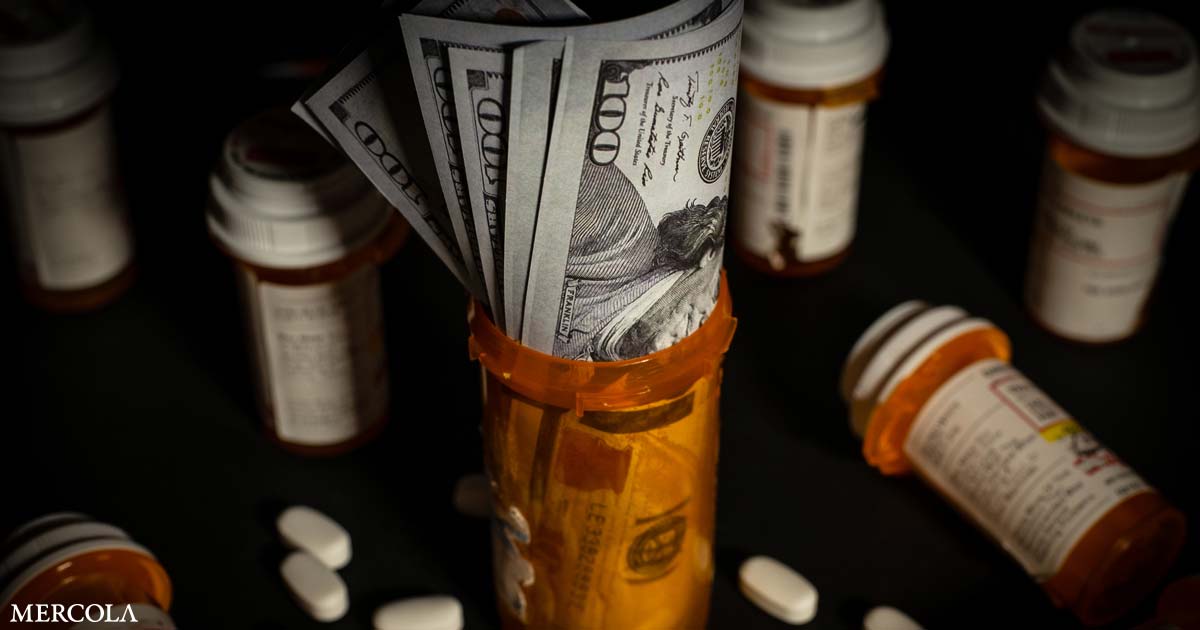 While much of the world slowed to a halt during the 2020 COVID-19 pandemic, one thing remained steady — lobbying efforts. Spending on lobbying reached $3.48 billion in 2020, which is just under 2019’s record of $3.5 billion.1 The numbers were revealed by OpenSecrets.org, which tracks federal campaign contributions and lobbying data.

The health sector spent the most on lobbying in 2020 — a record $615 million. The efforts paid off, and, Open Secrets reported, “Congress delivered massive windfalls to hospitals and the federal government awarded lucrative contracts to pharmaceutical and medical device manufacturers.”2

Spending on pharmaceutical industry lobbying also reached a record amount in 2020, at more than $306 million, compared to $299 million in 2019.3

The top pharmaceutical lobbyist in 2020 was the Pharmaceutical Research & Manufacturers of America (PhRMA), which spent $25.9 million,5 making them the third top lobbying spender overall, behind only the National Association of Realtors and the U.S. Chamber of Commerce.6 PhRMA also runs the nonprofit PhRMA Foundation, which gives grants for research that can be funneled all the way to the U.S. Food and Drug Administration.

The Reagan-Udall Foundation said it would only accept grants from government, individual donors and other nonprofits, not industry, but in 2010 it received a $150,000 grant from the PhRMA Foundation which, being a nonprofit, technically fit the definition of an acceptable funding source, even though it’s founded and funded by drug companies.7

Other Top Big Pharma Lobbyists in 2020

After PhRMA, other top pharmaceutical lobbyists in 2020 included:8

Lobbying was heavy during the first quarter, when industries were eager to influence the first COVID-19 stimulus package.9 Many of the lobbyists also had close ties to congressional leaders. According to Open Secrets:10

“Over 1,000 clients dispatched lobbyists with close ties to the White House or congressional leaders through the first half of 2020. About 40 percent of those clients reported lobbying on issues related to the pandemic.

Pharmaceutical companies that received massive windfalls from the federal government to swiftly develop COVID-19 vaccines deployed Washington insiders. So did firms tasked with producing ventilators, and businesses in hard-hit industries angling for government aid. Companies that had not lobbied during the … administration — or ever before — signed contracts with K Street firms.

The vast majority of these clients are businesses or trade associations, which make up nearly 90 percent of lobbying spending this year. The success of revolving door lobbyists indicates that powerful interests saw former aides to top officials as their best chance to influence high-level negotiations that mostly sidelined rank-and-file lawmakers.”

Big Pharma Lobbying on the Rise

Annual lobbying on pharmaceuticals and health products has been on the rise since 2013,11 and in 2019 the pharmaceutical industry was the top lobbying group in Washington, spending far more than any other industry. Among their top priorities that year was fiercely opposing a bill that would reduce drug costs.12

“That spending,” Open Secrets noted, “comes on top of the industry’s many ad campaigns designed to influence lawmakers and the general public. The industry fights threatening legislation in creative ways, including funding prominent but unrelated associations to push pro-industry messages on the airwaves.”18

PhRMA, for instance, funds the Partnership for Safe Medicines, which is a nonprofit group that claims to be in place to protect Americans from the sale of dangerous counterfeit drugs. In reality, it’s another industry front group, which in 2019 used at least $900,000 in grants to pay for a series of television commercials aimed at stopping the importation of cheaper prescription drugs from other countries.

The ads featured sheriffs warning people of the “dangers” of importing drugs with “loose foreign safeguards,” and claimed to be paid for by the National Sheriffs’ Association. They falsely gave the impression that law enforcement was widely against the less expensive drug imports but, in reality, the Partnership for Safe Medicines, funded by PhRMA, had given the National Sheriffs’ Association the grants to fund the industry-backed commercials.19

The marketing of prescription drugs, health services, laboratory tests and even disease awareness is big business in the U.S., and spending has been on a steady uphill climb since 1997. That year, spending on medical marketing was $17.7 billion, which rose to $29.9 billion in 2016.20

Direct-to-consumer (DTC) spending increased the most rapidly, from 11.9% of total spending to 32%. DTC prescription drug ads accounted for $6 billion in spending alone in 2016, which amounted to 4.6 million ads, including 663,000 television commercials, mostly for high-cost biologics and cancer immunotherapies.

Disease awareness campaigns, meanwhile, are actually marketing campaigns run by pharmaceutical companies geared at diseases treated by their drugs. Such campaigns rose in numbers from 44 in 1997 to 401 in 2016, with spending increasing from $177 million to $430 million over the same period.

Aside from DTC advertising, Big Pharma is still marketing directly to health professionals — an area that accounted for the most professional spending, according to a JAMA study on medical marketing in the U.S.22

“Pharmaceutical marketing to health professionals accounted for most spending and remains high even with new policies to limit industry influence,” the researchers, from The Dartmouth Institute’s Center for Medicine in the Media, noted. “Despite the increase in marketing over 20 years, regulatory oversight remains limited.”23

Gates and Wellcome Trust Use WHO to Swindle the World

The Wellcome Trust is a top funder of health research globally and has been a major player in the COVID-19 pandemic, including co-leading a WHO program to develop new COVID-19 therapeutics.24 However, the Wellcome Trust25 is part of the technocratic globalist network. Wellcome is the largest charity in the U.K. that funds “innovative biomedical research.” It was formed in 1936 after the death of Sir Henry Wellcome, a pharmaceutical pioneer and progressive industrialist.

Their board consists of present or former bankers, insurance executives and investment board members. Sir Henry Wellcome, while still alive, founded the company that went on to become GlaxoSmithKline (GSK), so the Wellcome Trust is essentially the “philanthropic arm” of GSK.

In a BMJ investigation, journalist Tim Schwab points out that the charity’s Big Pharma investments overlap with its research efforts, such that, “The major funder of health research stands to gain financially from the pandemic, raising questions about transparency and accountability.”26

While leading the Access to COVID-19 Tools (ACT) Accelerator project to deliver COVID-19 treatment options, Wellcome has invested heavily in the companies making the treatments. This includes $389 million in Novartis, which manufacturers dexamethasone, and $347 million in Roche, which is manufacturing monoclonal antibodies.

“Both Roche and Novartis report having had conversations with WHO’s ACT Accelerator about their therapeutic drugs,” BMJ reported, adding:27

“Wellcome’s financial interests have been published on the trust’s website and through financial regulatory filings but do not seem to have been disclosed as financial conflicts of interest in the context of Wellcome’s work on covid-19, even as they show that the trust is positioned to potentially gain from the pandemic financially.”

Profiting From the Pandemic Response

Wellcome’s director, Jeremy Farrar, also has a position on the U.K.’s Scientific Advisory Group for Emergencies, which advises the government on COVID-19, as well as a board seat with the Coalition for Epidemic Preparedness Innovations, which gave $1 billion to COVID-19 vaccine development.

While Farrar has spoken publicly on the benefits of specific COVID-19 drugs, Wellcome is heavily invested in companies manufacturing COVID-19 vaccines, therapeutics and diagnostics, and reported gains of $4.5 billion from its investments in 2020, which the BMJ notes is “three times more money than the trust gave away in charity.”28

The BMJ quoted Joel Lexchin, Professor Emeritus of York University’s school of health policy and management in Toronto, who stated:29

“What the pandemic is doing is buffing the reputation of organisations like Gates and Wellcome and the drug companies, when I don’t think they really deserve that buffing up.

I think they’re acting the way they always have, which is, from the drug companies’ point of view, looking after their own financial interests, and from the point of view of the foundations is pursuing their own privately developed objectives without being responsible to anybody but their own boards of directors.”

The fact remains that, via their extensive lobbying efforts and marketing, Big Pharma is continuing to grow ever more powerful, as are the foundations connected to them.